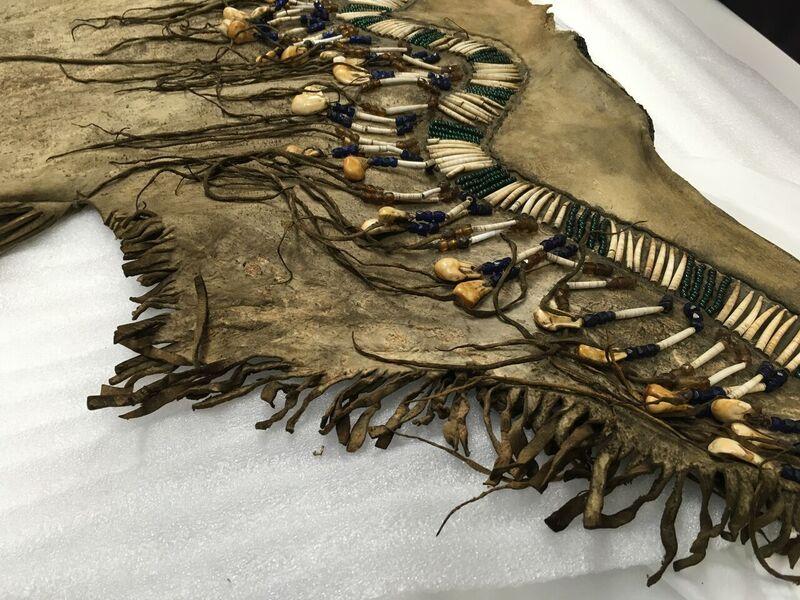 A recent discovery at the Pitt Rivers Museum in Oxford, England proves be one of the oldest plateau dresses in existence. It was collected in 1841 by E.M. Hopkins of the Hudson’s Bay Company and is decorated with dentalium, dark pony beads, and seed beads. The dress also has a pair of leggings associated with it.

I was recently able to meet Dr. Steve Grafe, Curator of the Maryhill Museum in Goldendale while he was on a research visit to the Burke Museum in Seattle.  During the visit he mentioned the dress at the Pitt Rivers Museum.

The staff at the Pitts River Mueseum said that they couldn’t exactly attribute the dress as being Kalispel; however, extensive research by Dr. Grafe seems to solidly point to this dress as being collected along the Pend Oreille River from Hopkins’ 1841 trip through the region. After reading these journals it’s clear they were in Qlispe country, as they spoke of camas and even used the word pataq. They spoke of their journey along the Pend Oreille River from Lake Pend Oreille, and most importantly, they spoke of meeting our families.

In one of the journals they also described the clothing from the Indians at the village.

Some of the Indians were almost destitute of clothing; some had blankets, and others had shirts.  The prevailing dress, however, was the native costume, which, when clean, might be deemed classical.  It consists of a tunic reaching to the knees, leggings of dressed skin and moccasins, the whole thing being fringed and garnished according to the taste or means of the wearer… The apparel of both sexes is pretty much the same, excepting that the tunics of the ladies are longer… 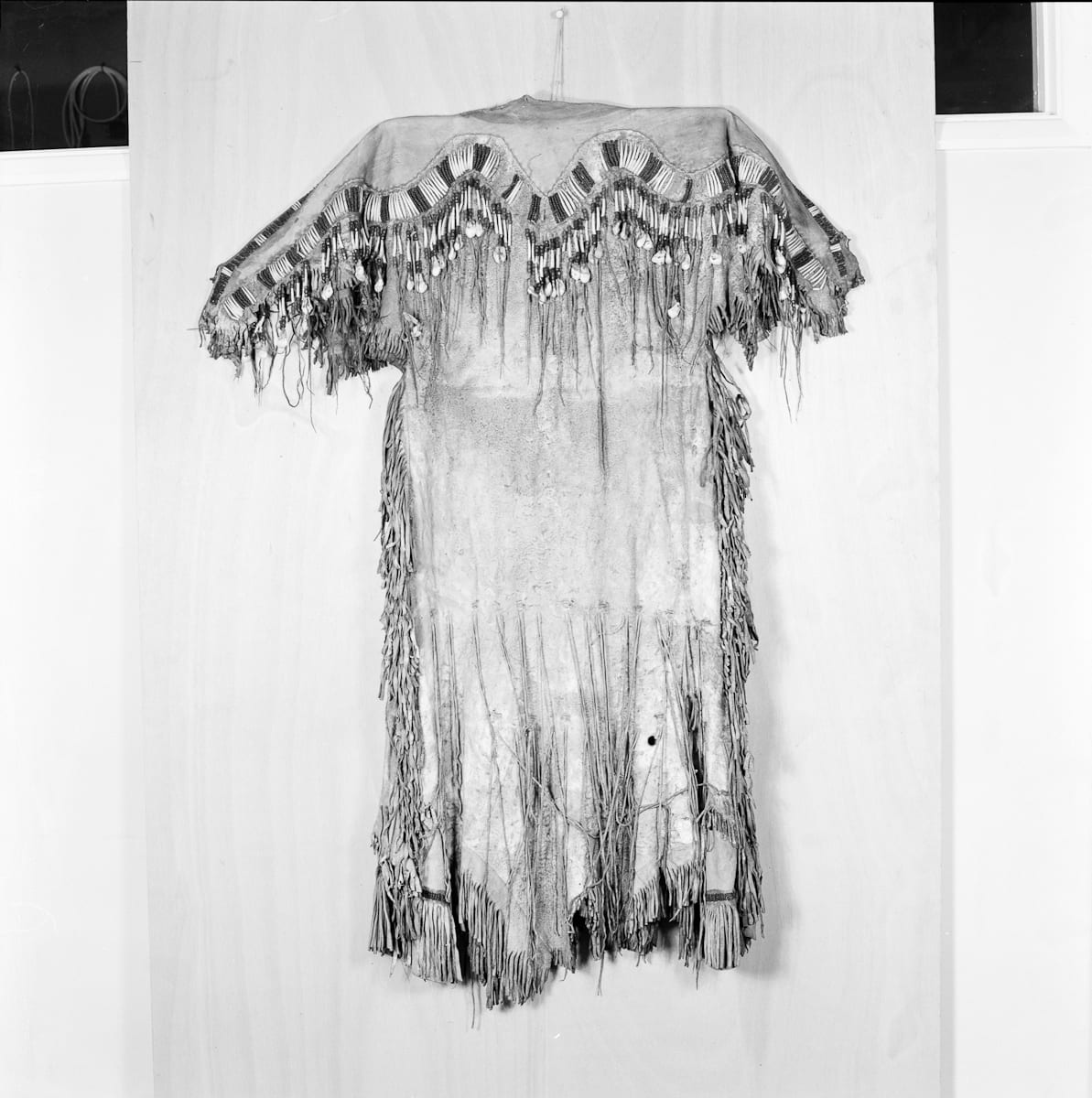 ”Most of what we know of older plateau style dresses comes from the late 1860's onward. There are many examples of these late 1800 dresses in museums. The dress construction is pretty much the same throughout the plateau. The classic dress from the late 1800's is almost always made from two bighorn sheep hides with the grain side of the leather for the inside of the dress. Sometimes elk or other skins were used, but bighorn sheep was the preferred hide because it is very thin and strong. The tail ends are typically folded over so that the shoulder areas would have added strength and the upper portion was typically decorated with undulating horizontal bands of beads. Often times the beadwork is outlined in red ochre. Beadwork was usually done with sinew, although sometimes Indian hemp was used as well. The hair is left on the tails and the corner fringes of the dress, with the tail being folded over and sewn down around the neck. The two skins are usually fringed along the bottoms of the sleeves, down the side, and along the bottom. The dresses are usually sewn together with a long piece of leather.

The dress in England is exquisite and more importantly carries such a deep deep part of our history. It’s remarkable that one of the oldest Plateau dresses in existence is from our tribe and has been saved for over 175 years.

The visit of the Hudson’s Bay Company in 1841 left a great impression on the traders who came through Qlispe country. They said the people were graceful, generous, handsome, elegant, and polite. They wrote “After rewarding them for their civility with presents of tobacco, ammunition, provisions, &c., we parted with mutual expressions of friendship.”