The Kalispel Tribe is recognized as a sovereign nation by the Federal Government, which means the Tribe has the power to create its own government and laws.

Our sovereignty is inherent to us as a people and provides the foundation for our ability to make our own laws and be governed by those laws. Sovereign tribal governments protect their members and reservations lands, and they maintain ownership of resources that were established through treaties and by presidential executive orders.

Sovereignty status transcends boundaries and property lines. This unique status enables a tribe to enter into business and economic development endeavors as determined by tribal governments. Indian tribes existed as sovereign governments long before Europeans settled in North America. The U.S. Government recognizes and negotiates with many tribes as sovereign nations. 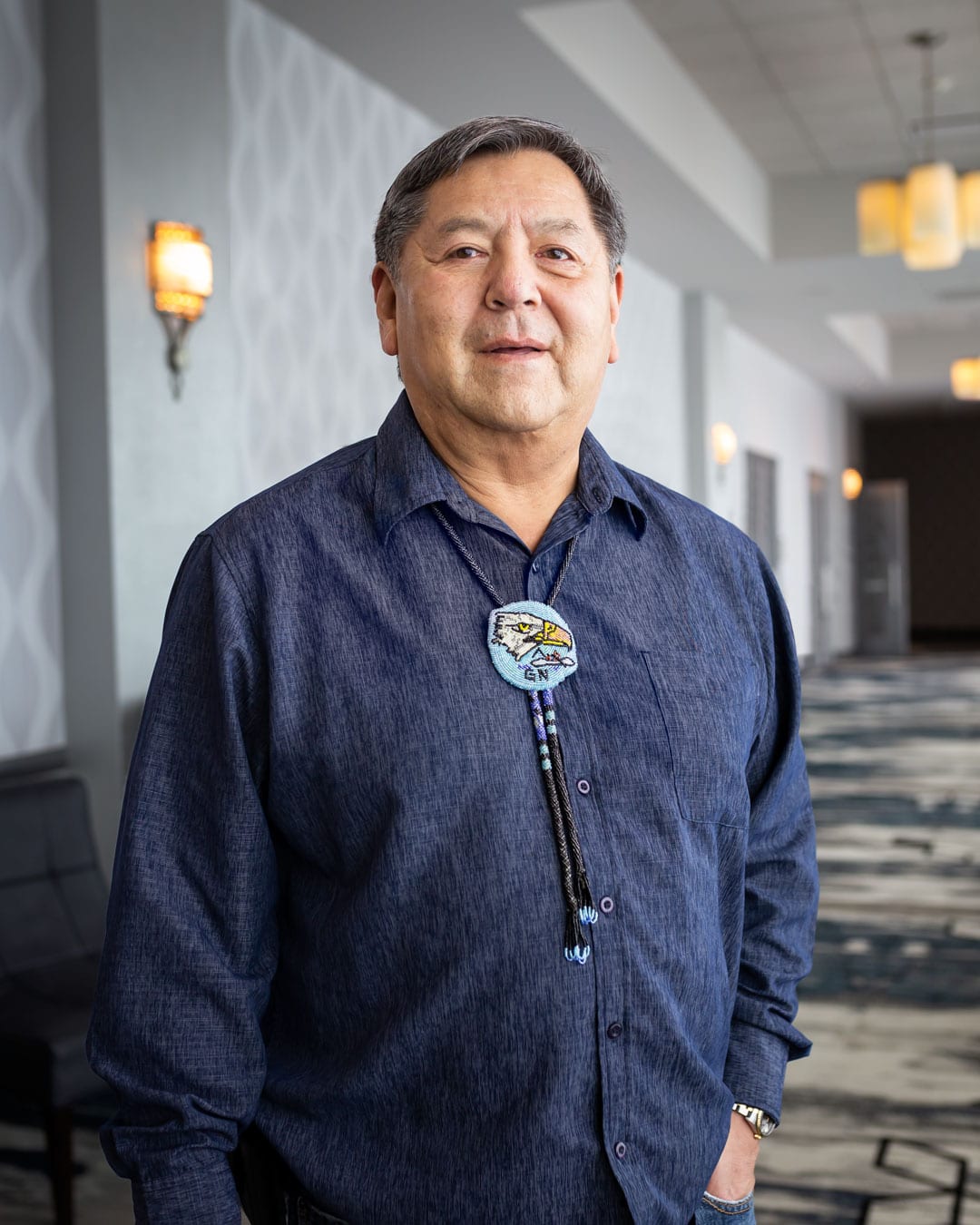 Glen has served as Chairman for the Kalispel’s for over four decades, the longest serving Tribal Chairman in our nation. In his capacity as Chairman, his responsibilities include oversight of all Tribal enterprise business activities and ongoing government programs.

Under Glen’s leadership, the Kalispel Tribe has moved from poverty to prosperity with tremendous economic expansion and community development. The Tribe is now one of the top five private employers in the Spokane area, providing almost 2,500 jobs.

Glen graduated from Cusick High School in Cusick, Washington in 1970 and is a life-long resident of the Kalispel Indian Reservation. Grounded in his heritage, Glen always thinks about the future of the Tribe. His vision for a safe, healthy community helped found the Camas Path health programs offered to Tribal and community members.

Curt Holmes has 20 years of Tribal service with the Kalispel Tribe of Indians located in Usk, Washington. He currently serves on the Kalispel Business Committee and is the Executive Director of Public and Governmental Affairs and serves as the Tribe’s spokesman. In this role, Curt works collaboratively with the Chief Operating Officer in developing, implementing and overseeing the Tribe’s public and governmental affairs strategies.

Curt’s board and committee work is expansive and includes service on the Kalispel Economic Enterprise Authority Board, the Camas Path Board as Chairman and Washington Indian Gaming Association’s Executive Board. Affiliated Tribes of the Northwest Indians, the Impact Mitigation Fund Committee and has served on the Kalispel Gaming Enterprise Board and on the Advisory Committee for the Relicensing of Box Canyon Dam. Additionally, Curt has served over 14 years on the Kalispel Business Committee before his re-election in June 2017.

Born in 1973, Curt is a graduate of Cusick High School in Cusick, Washington where he played football and basketball. Curt graduated with honors from Whitworth University with a Bachelor of Arts Degree in Organizational Management. He grew up on the Kalispel Reservation in Usk, Washington where he now lives with his five children and his wife Amber. 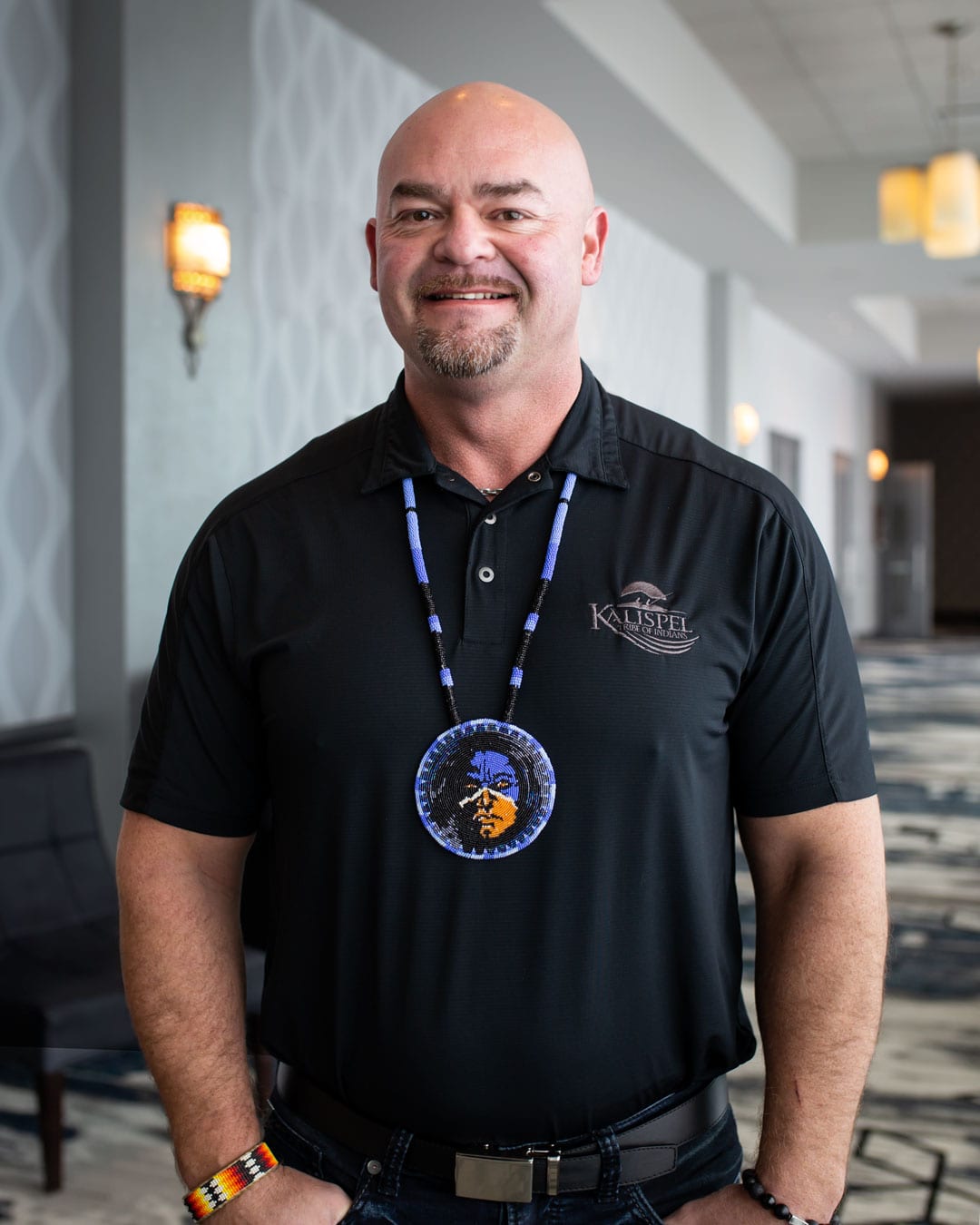 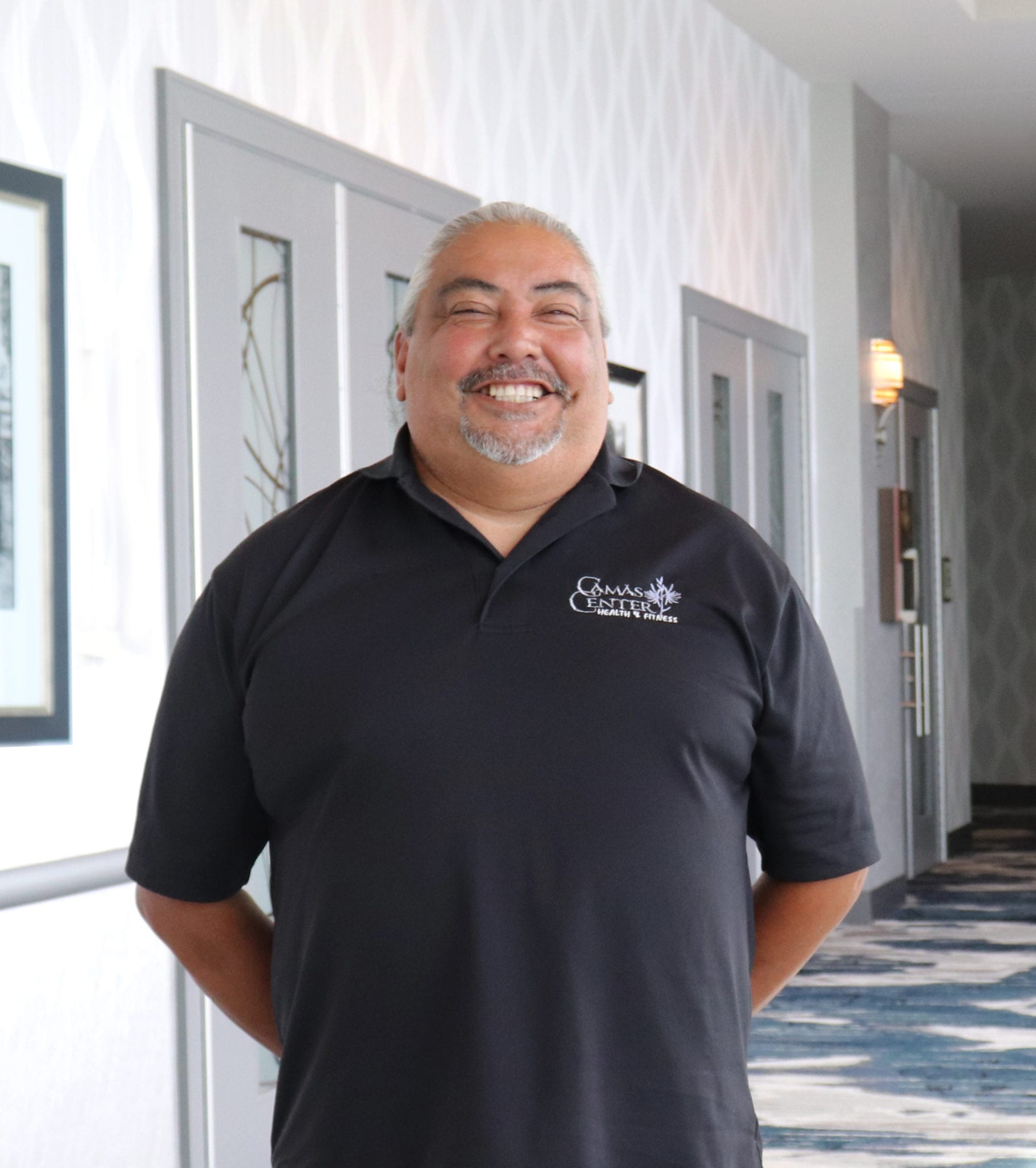 Rodney J. Nomee (RJ) has almost three decades of service with the Kalispel Tribe of Indians. His parents are John & Addie Nomee from the Kalispel Reservation. His dad was CSKT with roots back to Rocky Boy MT, and his mom is a member of the Kalispel Tribe and was a long-standing leader & council member. His grandfather was Willie Tom, son of Paul Tom, and his grandmother was Mary Bigsmoke, daughter of Mary Martina Andrews.

RJ was born in Newport and has lived on the Kalispel reservation almost his entire life. Hobbies include hunting, fishing, drag car racing, & taking part in cultural activities with kids and grandchildren.

He has a demonstrated understanding of the importance of protecting our natural resources through his work for the USDA Forest Service, USDI BIA, the Spokane Tribe, and on Hotshots crews in California & Montana.

RJ has been a manager at the Camas Center for Community Wellness since before opening in 2008. As the newest member of the Kalispel Business Committee, his responsibilities include oversight of major business decisions affecting the Tribe. In closing, he is committed to being a spokesman, advocate & champion for Tribal Members and lives his Kalispel culture each day.

He & his wife Nyla were married on a helicopter flying over Las Vegas and live in Usk, Washington

As a proud member of the Kalispel Tribe, Nick Pierre has focused his career on the Kalispel values of family and community. Pierre’s dedication to placing Kalispel Hospitality at the forefront of all business decisions defines his work as the General Manager of Northern Quest Resort & Casino where he brings over 20 years’ experience in resort gaming to his oversite of financial, operational and guest focused initiatives for the Tribe’s largest and most successful enterprise. While many companies believe that the customer is always right, Pierre’s focus fundamentally begins at the Team Member level.  When Team Members feel valued, he believes that value is naturally passed along to guests.

Pierre’s commitment to Core Values has translated into unprecedented Forbes customer service ratings with an increase during his tenure as GM. From the development of a Kalispel Hospitality department to his fostering a culture of interdepartmental collaboration, pre-shift meetings and his personal commitment to welcoming each team member and guest as if they’re a member of our family, Pierre’s work reveals the power of Choosing Excellence Together.

In addition to increased guest service ratings, Pierre’s leadership has brought with it increased profitability and sustainability.   Through his stewardship of budgeting, expense management, innovative business reviews and communication, Pierre’s operating departments have seen revenue and profitability increases during each of his years of service as General Manager. Coupling a drive for operational excellence with his Tribe’s commitment to the environment, Northern Quest implemented a full-scale recycling and composting initiative in 2019 reducing the garbage waste more than 43% while capturing kitchen waste as compost to be used by local farms. 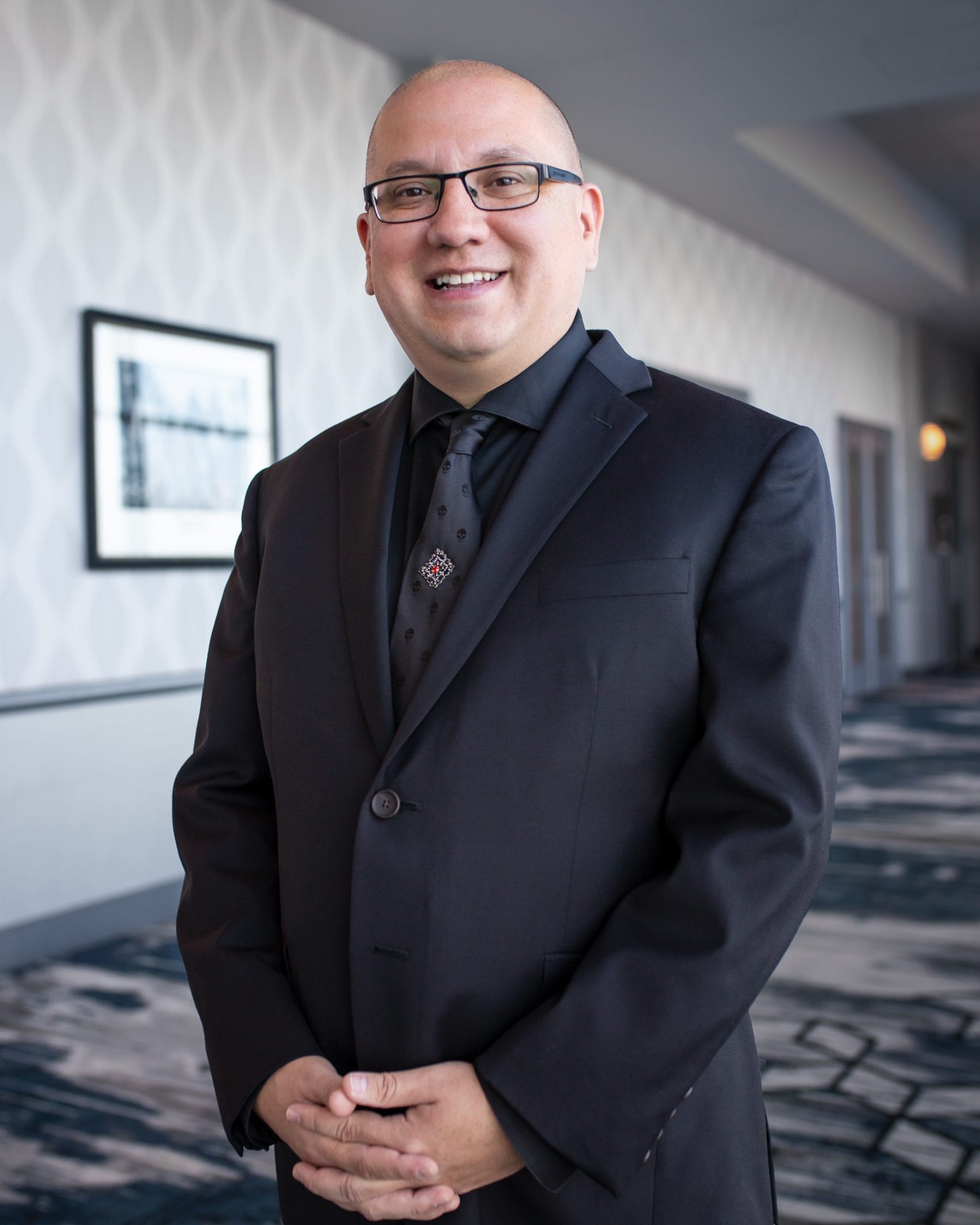 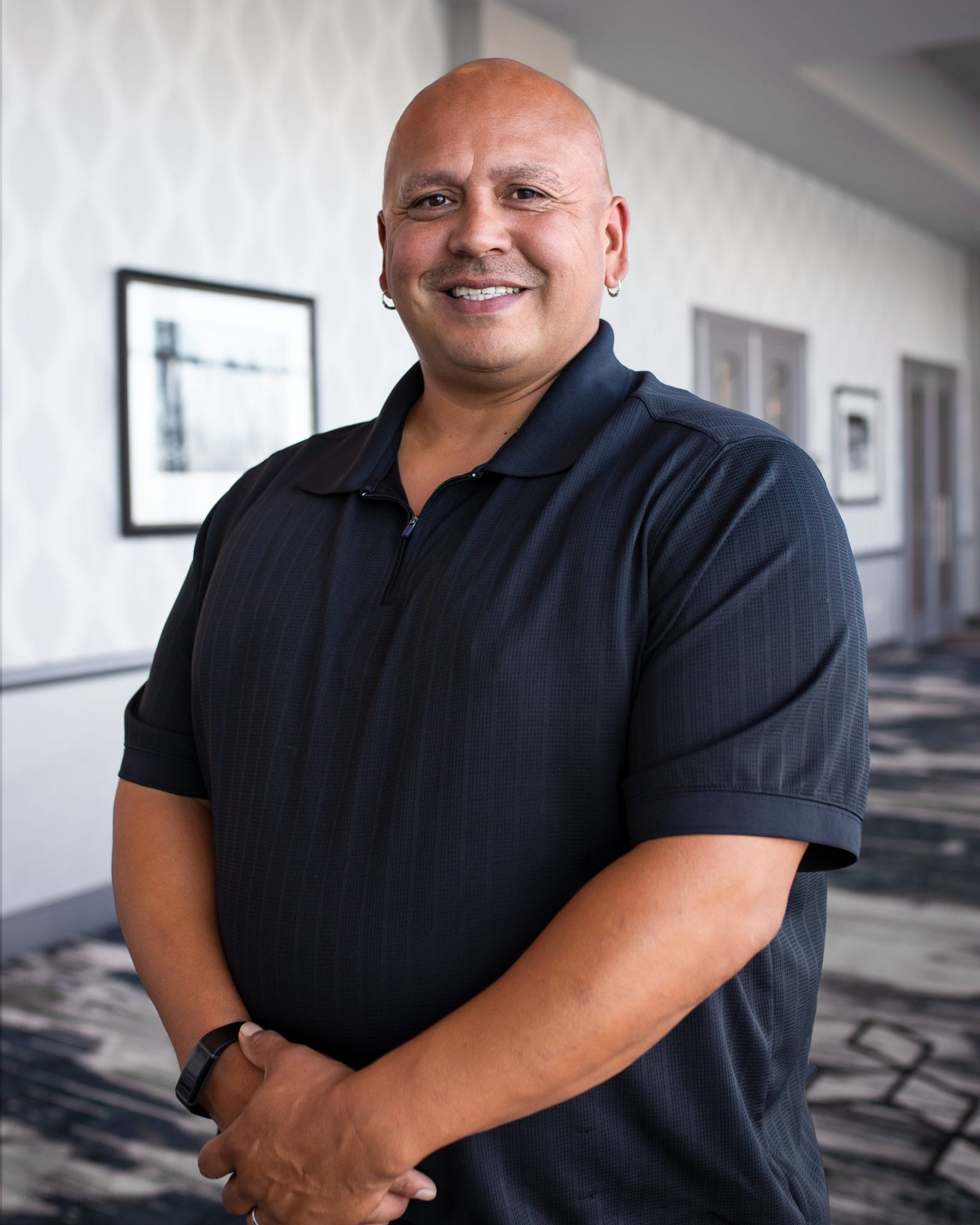 Sonny Bigsmoke is a first-term councilman for the Kalispel Tribe of Indians, his dedication to serving his people is a trait passed down from his ancestors, as his family tree shares lineage with the last documented chiefs.

His commitment to help fellow Kalispel is clear through the work his crews have accomplished. He holds the role of Facility Manager for the Tribe and oversees our carpentry crews. Under his tenure crews have accomplished an array of construction projects that benefit Tribal Members and the community; from the elder’s center in Usk, to remodeling classrooms for the immersion school in Cusick, to multiple additions to members’ homes on & off the Kalispel reservation.

Sonny’s commitment to provide the resources his department offers to all members is clear, the work has taken his crew from Spokane to Airway Heights, and as far as the Spokane Indian Reservation. The work is focused on the needs of our elders and youth, and many elders home have been retrofitted for healthy and safety needs.

Sonny started in landscape construction, nearly two decades ago, the knowledge and skills he has learned are an asset to the Tribe, he also has minors in plumbing and electrical and is dedicated to serving his people.

Sonny, and his wife Jeannie have four children and live in Spokane Washington.

The Kalispel Business Council, consisting of five Tribal members, is a self-governing entity which oversees services, programs, business endeavors and is the policy making body of the Tribe with legislative authority. Council members are democratically elected by the tribal membership and serve three-year terms. The Kalispel have enjoyed stable government for generations as exemplified by our current chairman, Glen Nenema, who has held the Chairmanship for close to 30 years.

The mission of the Business Council is to guide tribal services and promote the positive advancement of its sovereign status.

The Business Council aims to reach consensus on all matters. All aspects of an issue are thoroughly discussed before reaching a decision.

RESPONSIBILITIES OF THE BUSINESS COUNCIL