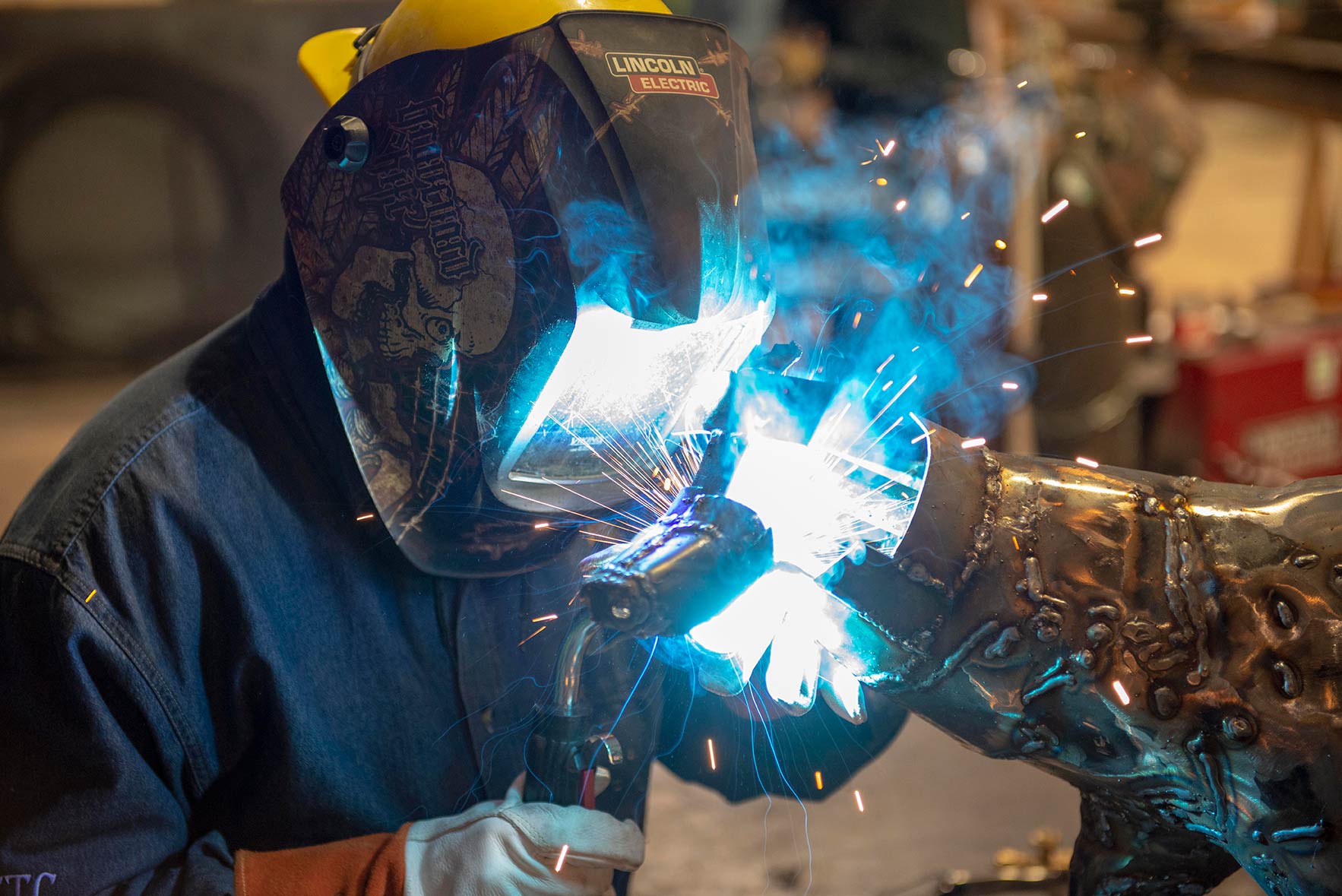 If you haven’t been across the river lately to visit the old Caseline building you are in for a big surprise. There is a transformation going on right now that is turning the machine shop into a bustling center for training Kalispel Tribal Members in metal fabrication, wood product design and building.

The KCTC Community Work Crew provides people with training in marketable skills and an opportunity to collaborate on projects that save the Tribe money.  Members of the crew have been producing all kinds of exciting things that would normally be outsourced.  That keeps Tribal dollars in the Tribal community instead of outside vendors.  Locally produced goods also develop a sense of pride and ownership in the entire community. 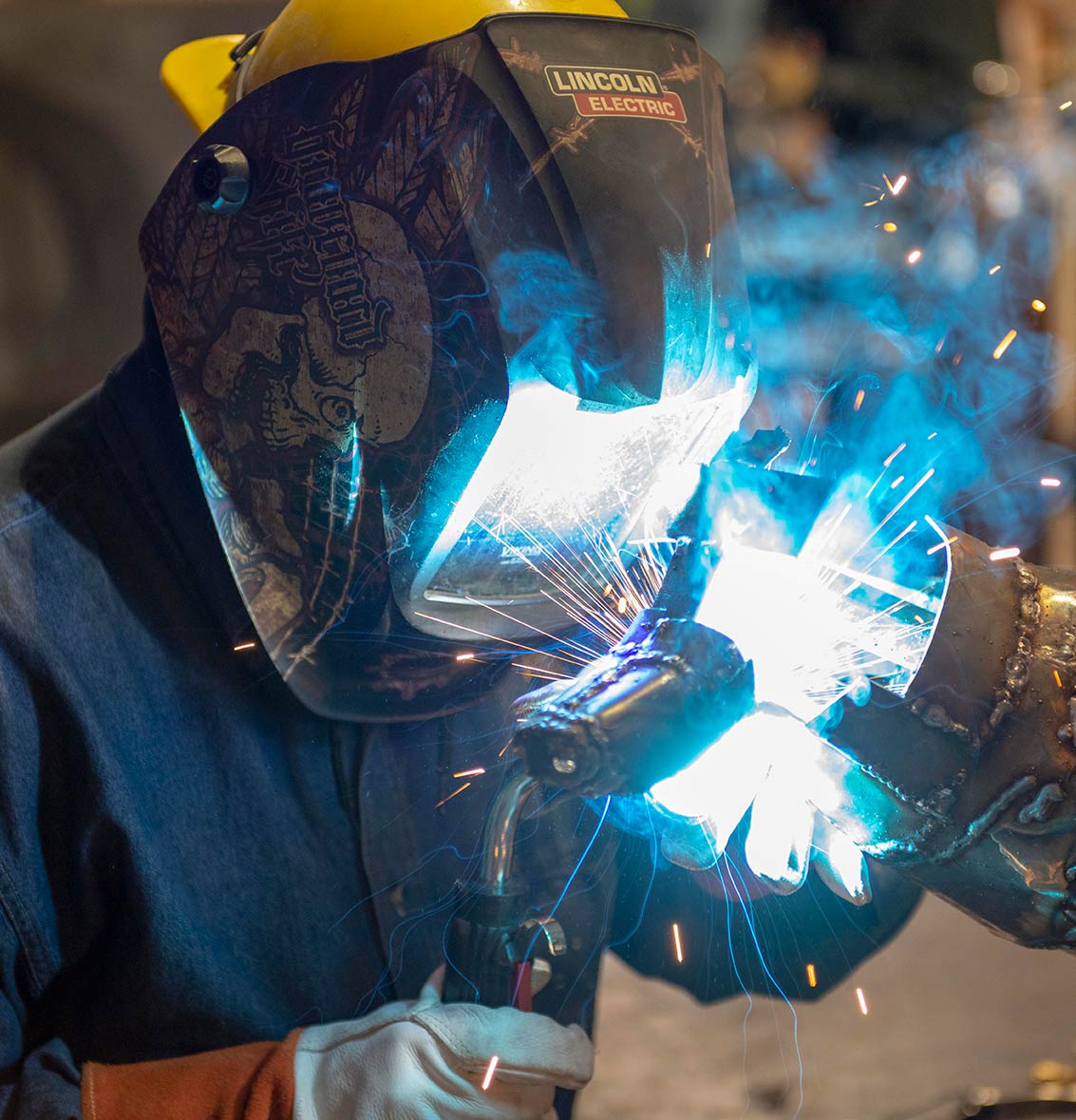 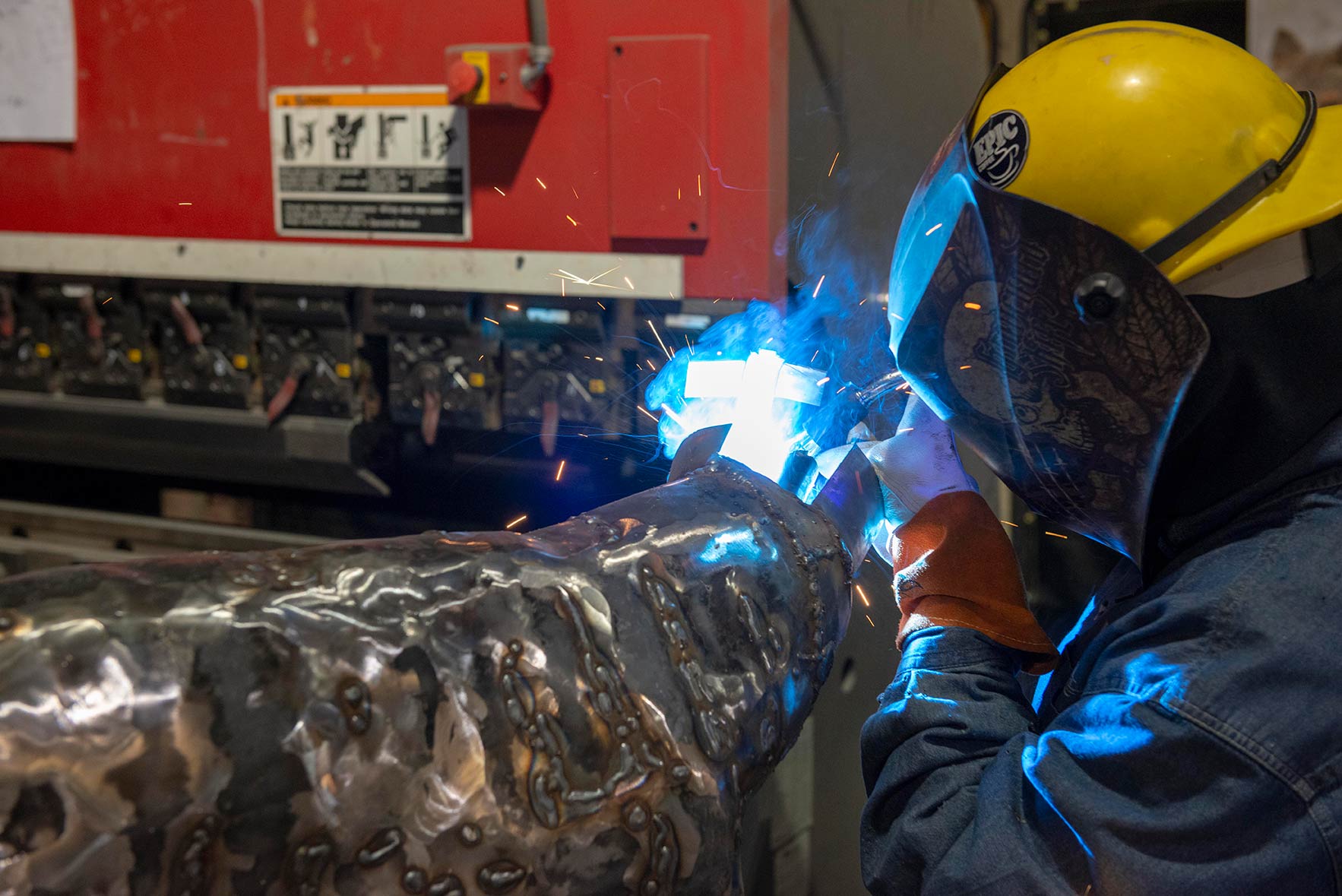 Some of the recent projects have included the Kalispel Tribe’s float in the Lilac Day Parade, raised gardens and planting beds, projects for the Kalispel Golf and Country Club, decorative items, repairs on equipment and machines and other useful contributions to the Tribal enterprises.

Members of this work crew learn valuable skills for local jobs in Pend Oreille County.  The demand for skilled workers in Pend Oreille County is rising, as older workers retire in record numbers.  KCTC promotes business relationships with local employers to create even more opportunity for Kalispel Tribal Members to obtain meaningful employment in the area.

In addition to working with outside businesses, KCTC is working with other Tribal departments to explore what kinds of training workers will need for future projects and expansion.

A training kitchen is being considered as part of the renovations currently underway at KCTC.  This would provide the resources to train local people who seek employment in many of the Tribe’s enterprises that are currently being developed. Local community members can receive training for positions in culinary arts, restaurant operations and hospitality. The training kitchen will be a place where people wanting to learn more about healthy meal preparation and nutrition will be able to prepare foods as they learn.

There are always several projects going at KCTC.  Recently, there was a lot of excitement around the construction of the beautiful Lilac Day Parade float.  The lighted tepees and giant Camas flowers were a beautiful addition to the parade.  Plans to construct the Newport Rodeo Kalispel Tribe float are underway now.  The Fourth of July American Legion train float has been undergoing repair and refitting, and is starting to look like it could actually chug right down the railroad tracks that run in back of the KCTC building!

If you see a bright splash of red and white in the parking lot outside KCTC, it is the newly refurbished Fire House Training Trailer.  In addition to these projects, KCTC has been making flag holders for the town of Cusick, golf course signs and tee markers for the Kalispel Golf and Country Club, installing tie downs for the KNRD boat trailer and restoring the Cusick School BBQ.  So drive across the bridge and stop by KCTC to check out the buzz of industry and the sense of pride.