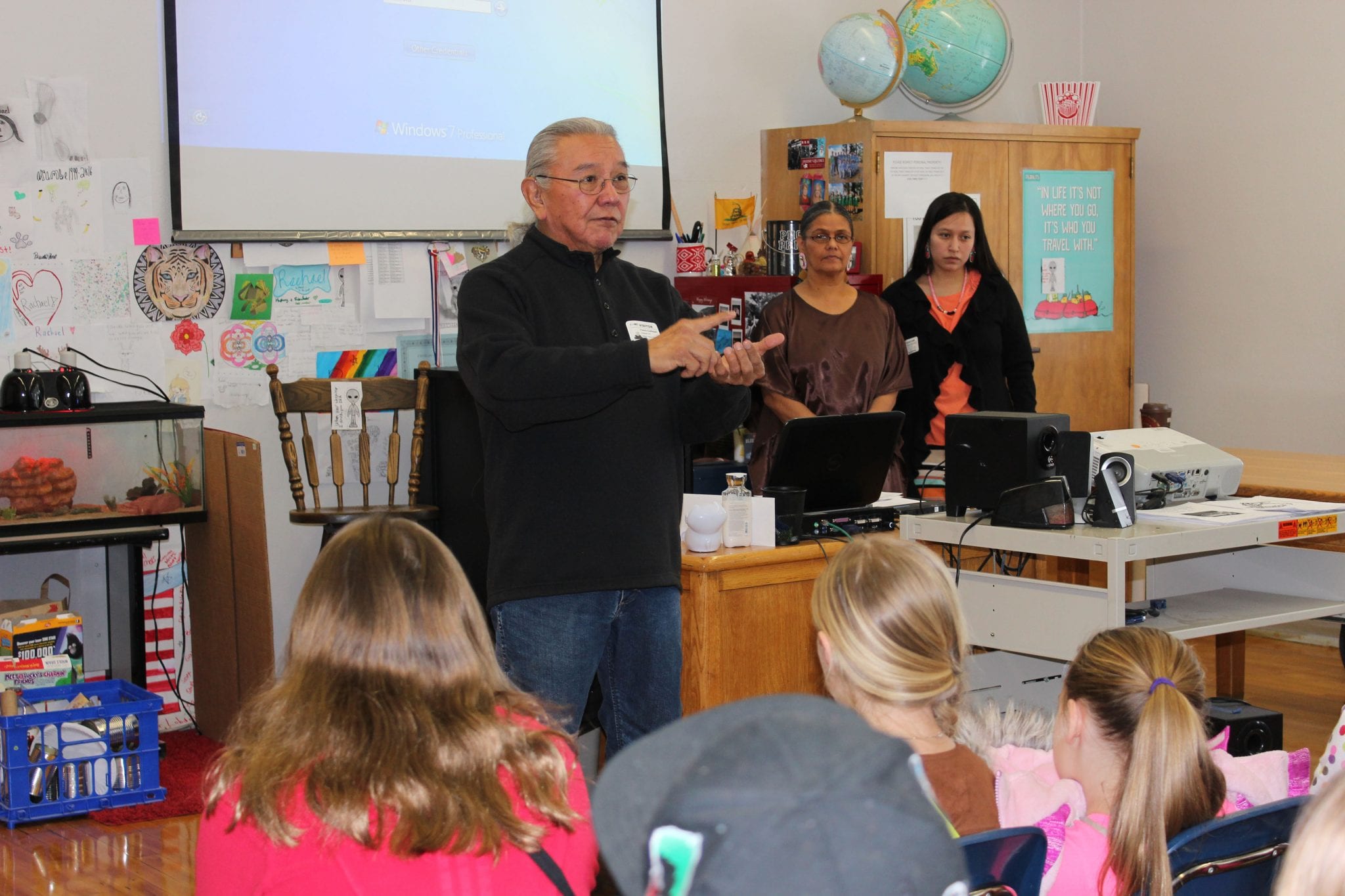 Francis talked to the twelve and thirteen-year-olds about the history of the Pend Oreille People, the importance of keeping the Salish language alive, and how it is possible to blend the past and the present together in today’s highly technological world.  Wilma and Kayleen gave a visual presentation focused on the building of a Tule-Mat Lodge.  It was explained how the information needed to build the Tule-Mat Lodge, or long-lodge, was nearly lost and had to be researched at a museum in Oregon.  The newly constructed long-lodge is thought to be the first one built on the reservation in the last one hundred years.  Traditionally, the structures were used for winter dwelling and were large enough to house several families.

Students from the school revealed—through a raising of hands—that about a quarter of them had heard of the town of Cusick and half had actually listened to powwow music.  Questions from the interested students included:  What happens at a winter dance?  Are there gender specific jobs for tribal members on the reservation?  What’s a stick game?

Students from the school are presently studying native cultures and, according to one teacher, have been showing so much interest that one instructor felt compelled to reach out to KTI.  So glad she did!