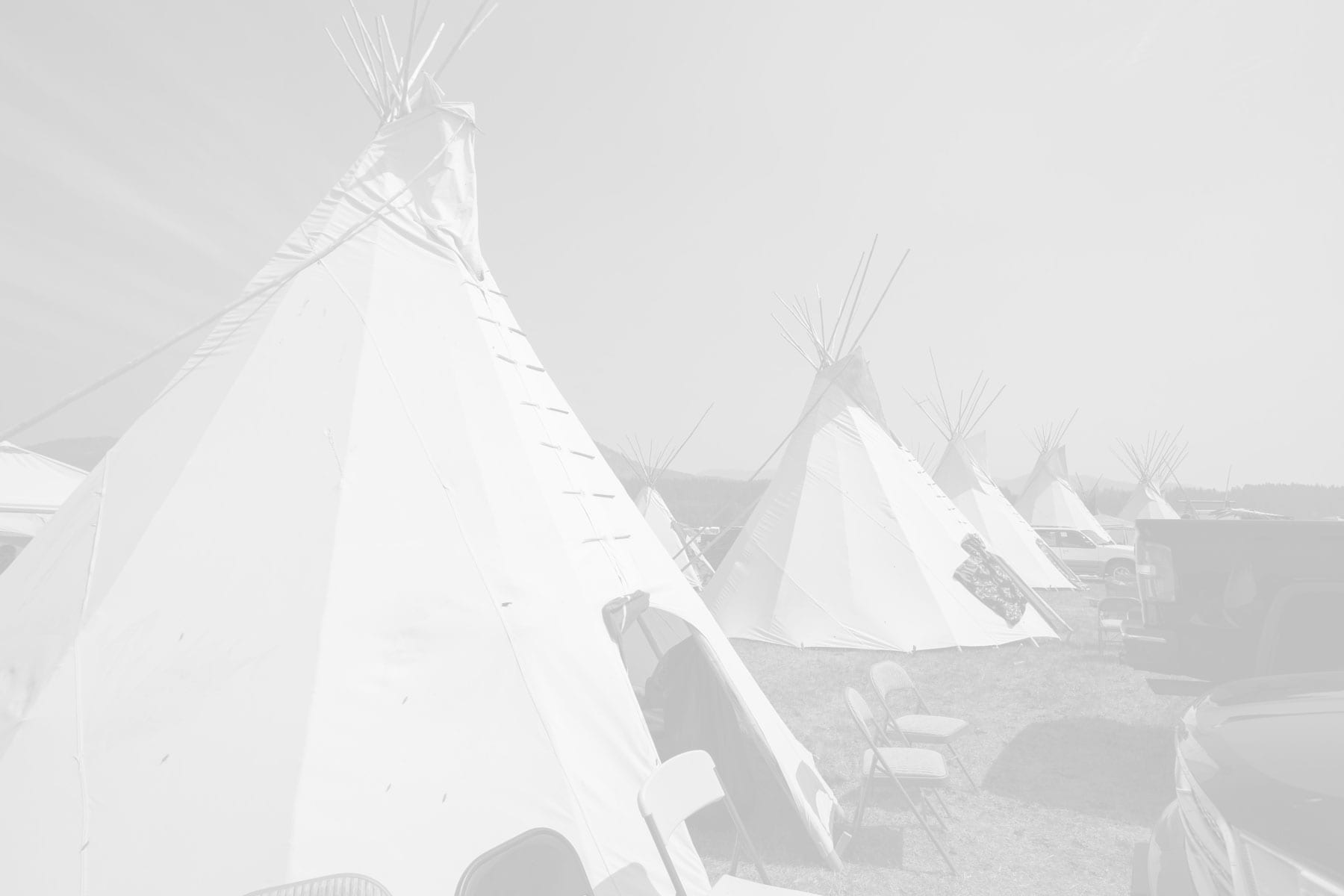 Are you a Kalispel Tribal Member?

Did you grow up on the reservation?

How did you get to where you are today?

We lived in Spokane for about 5-6 years and our boys were getting to that age where they were able to open doors, open the fence outside and start walking off. One day, my wife and I were both at work and the babysitter called and said “Hey the boys just walked off and I don’t know where they are”. We ended up finding them within a five block radius, playing in the alley with a couple other little boys.

That was an eye opener for us and we decided it was time to move back home to the rez; that was about 2012, we’ve been here ever since. Our boys have been in this Salish program since it first started. I have four children and now they’re all in the program starting from Kindergarten all the way up to 5th grade. It was just that time to come home, it’s safer here.

When did you start in the Intensive Language program?

I started about 3 years ago. Before the Intensive Language Program I was going to school to become a forester for the Tribe. From there I was in the Fire department for a couple years until my Uncle JR started talking to me about how great the Salish program was going to be. He encouraged me to apply and it sounded good so I did. I went through a year of Intensive and here I am now, Lead Teacher for the 2nd and 3rd grade.

Are you glad you went through the program?

Oh ya. Before when it was just my kids in the program, they would come home and they’d be speaking Salish to me and I had no idea; I couldn’t count to 10, I didn’t know the colors, I didn’t know anything about it. They would ask “Dad, you’re Indian aren’t you?” I would say “Ya, I’m Indian”. They would ask “Well, how come you don’t know this?”. So, you know, after a couple years of hearing that you’re like “Okay. Alright. It’s time I better do something”.

Is it a big learning curve to learn the Salish?

At times it was. During Intensive there nights that were long. I’ve got four kids at home so I couldn’t start studying until 9-9:30pm and then I would study until 2-3am sometimes and then have to get up at 6am. It had it’s days where it was really tough and other days where it was just natural and easy. It had it’s ups and downs for sure.

What happens after the Intensive program?

It might be different for others, but Alicia Athos and I were supposed to be in the Intensive Program for two years before helping out in the school, but after a year Uncle JR said it was time to go teach. So I helped out last year and this year I volunteered to be the Lead Teacher. Not everyone was jumping for it so I was like “Alright, my daughter’s in my second grade class so it shouldn’t be so bad’. Ya, everyday is something new. I have quite the crew. I have the biggest class here at the school; 13 kids total.

What’s your favorite part about teaching?

The fact that I’m teaching pretty much my whole family. Besides maybe a handful of kids in the whole school, I’m their Uncle; we’re all related for the most part. It’s a lot of fun, especially when we get the new kids and we get to see their growth. Their first year they come with nothing, or come with a little bit like at CLC, but then just seeing them be able to talk to us; it’s just a blast. We’re with family everyday. That’s kind of how we run our class, it’s pretty family oriented. Just one big Salish family.

What does the future look like for you and the program?

Our goal is to make fluent speakers. One day I’ll be an Elder doing what our Elders are doing now, writing and translating stuff. These kids are gonna be right alongside us. We keep getting bigger and bigger. One day our language will be back and it will be noticed, especially the Kalispel dialect.

What advice would you have for a Tribal Member wanting to learn the language?

Don’t be scared. If you want to learn the language, there’s a couple spots you can go. These are safe spots. No one’s going to make fun of you if you say something wrong. I’m sitting here teaching 2nd graders and sometimes I say something wrong and a second grader will say “You said that wrong… what are you trying to say? Tell me the English” and then I’ll tell her in English and she’ll tell me exactly how it’s said in Salish. Don’t be scared. Don’t be afraid to make mistakes. Just try your hardest and give it a shot. It comes a lot more natural than you would think. 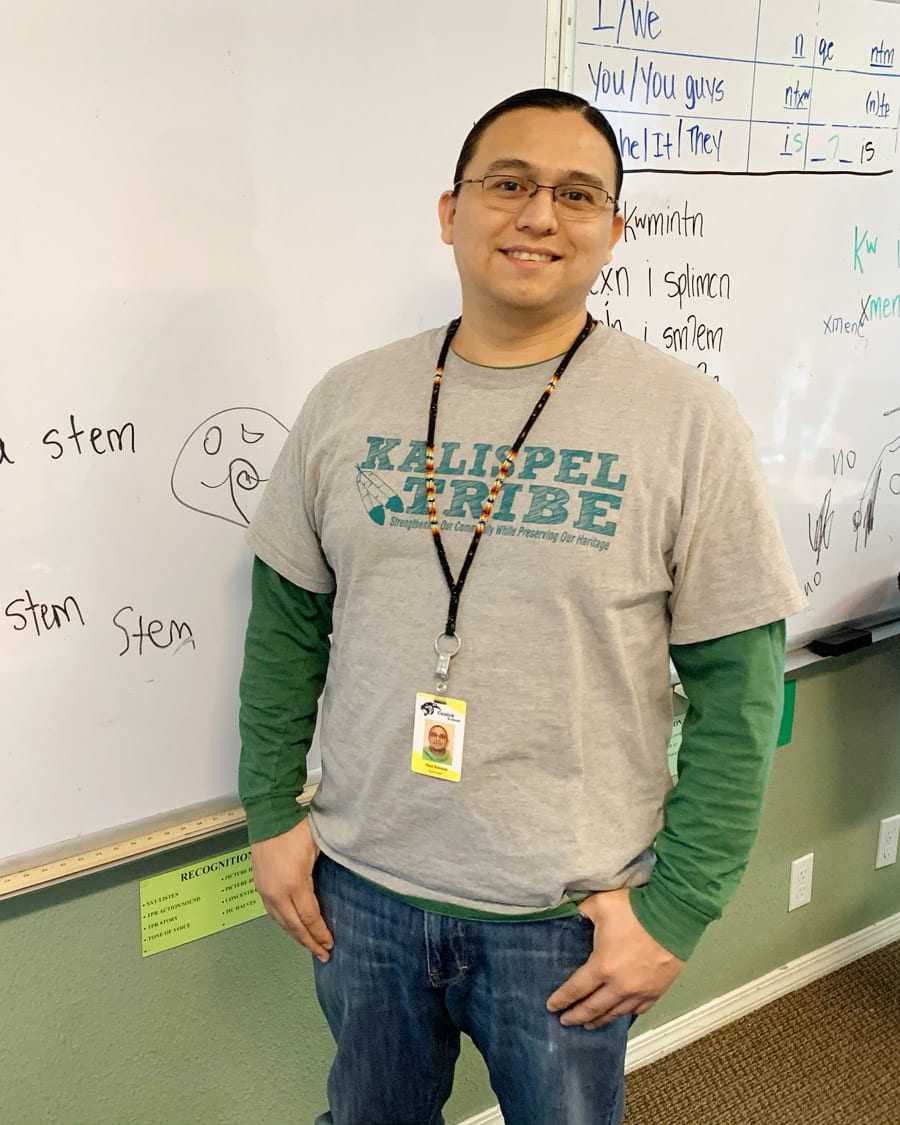 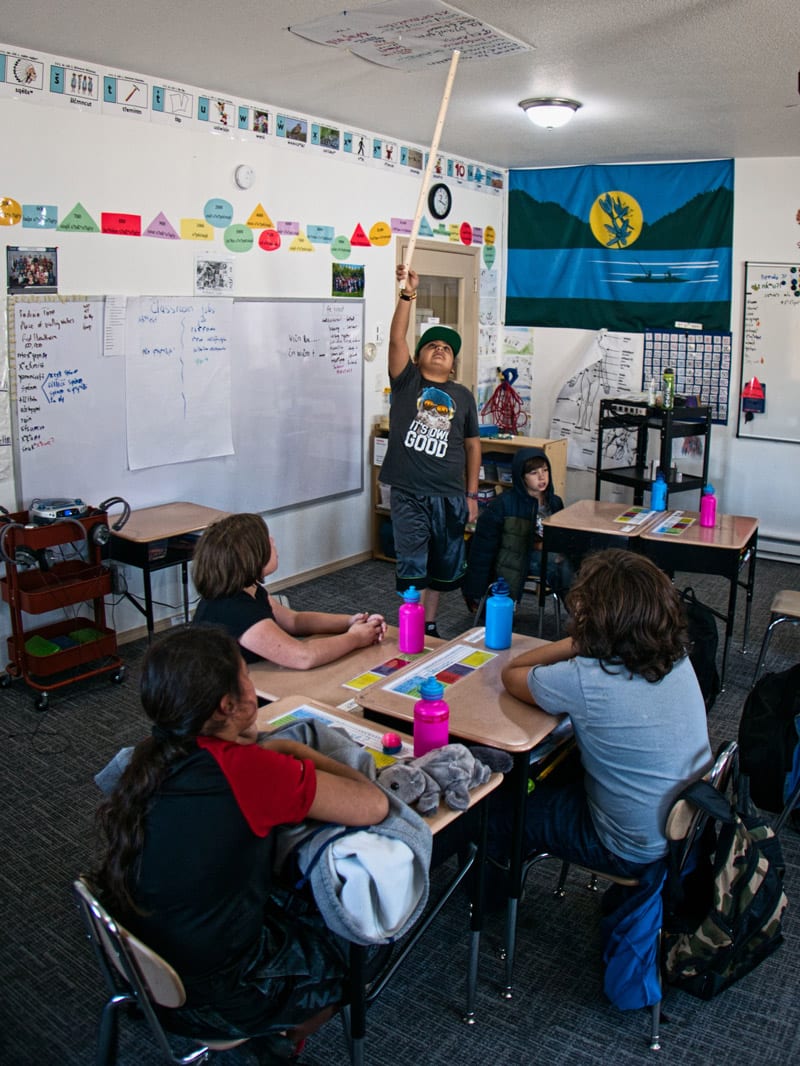 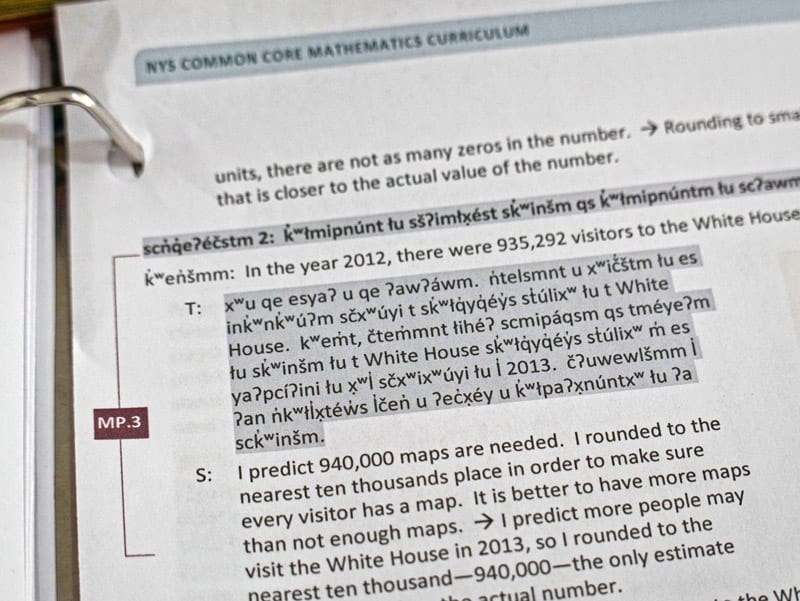 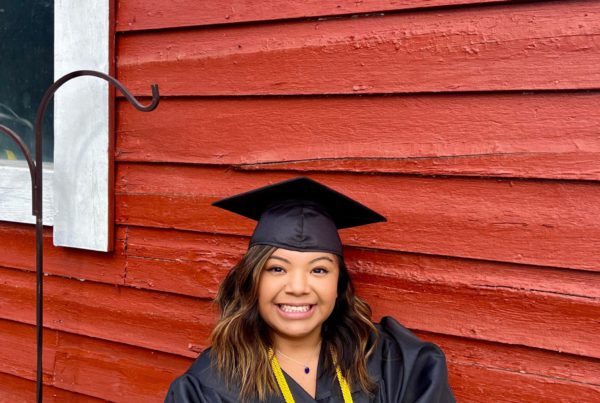 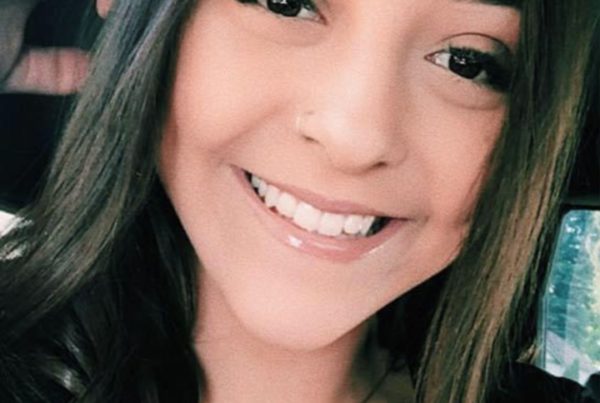 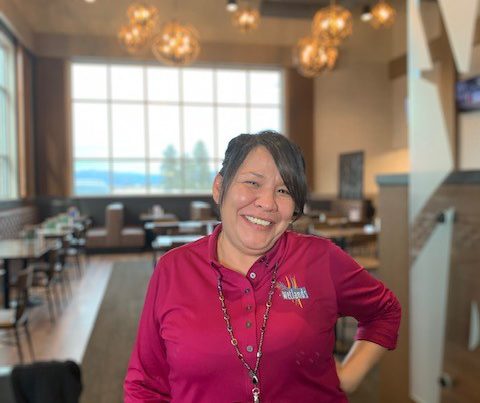